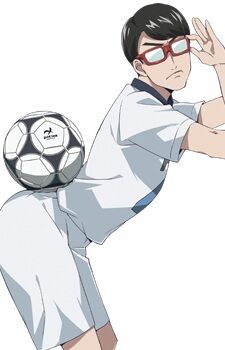 Tsukamoto is also known as the boost up spirit for the club by playing soccer ball with his butt. In middle school, he was bullied by the soccer club members because of his habit, causing him to grow fearful of the club's captain. Kazuma Sakai and Taichi Yoshioka are his best friends that brought back his spirit after realizing Tsukamoto has a post-trauma when they had a match with Minamida Fuzoku High School's soccer club which was his former soccer club.

Community content is available under CC-BY-SA unless otherwise noted.
Advertisement